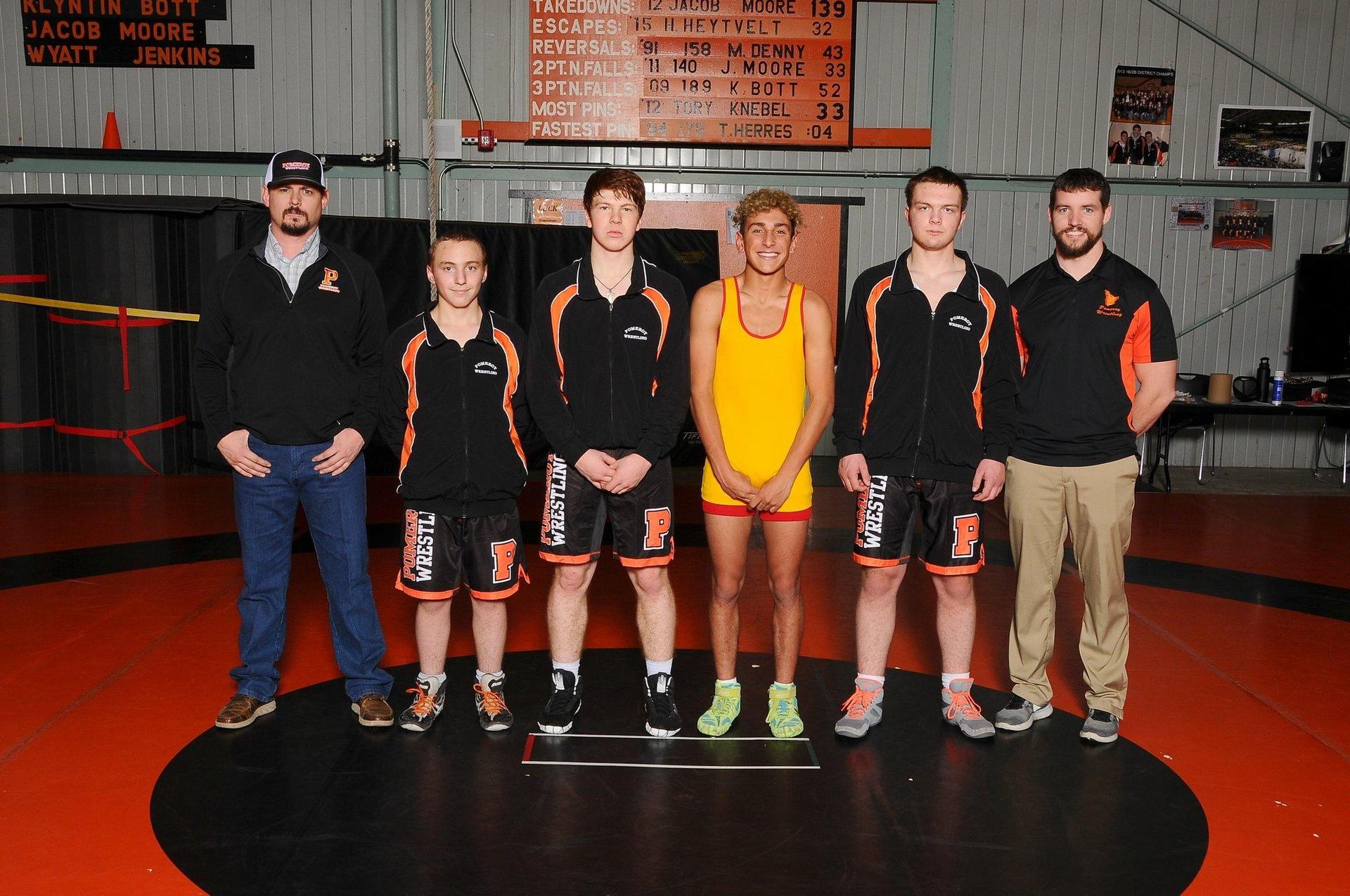 Our philosophy is to build champions on and off the mat through hard work, dedication, and perseverance.  We don’t measure success in just wins and losses but in personal growth and life lessons learned.   We strive to instill a never give up mentality and instruct our kids to “leave it all on the mat, everything you have”.

PHS Wrestlers are expected to demonstrate outstanding character, sportsmanship, and respect at all times.  Our wrestlers must have a willing attitude and desire to improve their technique, conditioning, and mental toughness.  We ask that our wrestlers be modest in victory and reflective in defeat.

I grew up on my family’s farm and ranch outside of Pomeroy.   I played football and wrestled while attending PHS where I graduated in 2007.  After high school I attended the University of Idaho and earned a bachelor’s degree in Agriculture Business with a minor in Crop Science.  I moved back to Pomeroy after college and started working for Dye Seed Ranch Inc. where I am now the vice president. I started coaching in 2011 as a volunteer and then spent the next four years as the assistant before taking over the head coaching responsibilities the last four years.